Today I will share with you photos of my Trendon boys.

First up is Mr G who was born in 1968 and is a Trendon Dark denim boy. Mr G is a tiny eyed boy. Why did you call him Mr G I here you ask?,” well I kept looking at him waiting for a name to come and the only thing I could think was”, “he is so Good Looking. “So Mr G is short for, Mr Good Looking. Mr G is wearing an outfit by Marti Murphy and shoes from Brigitte. 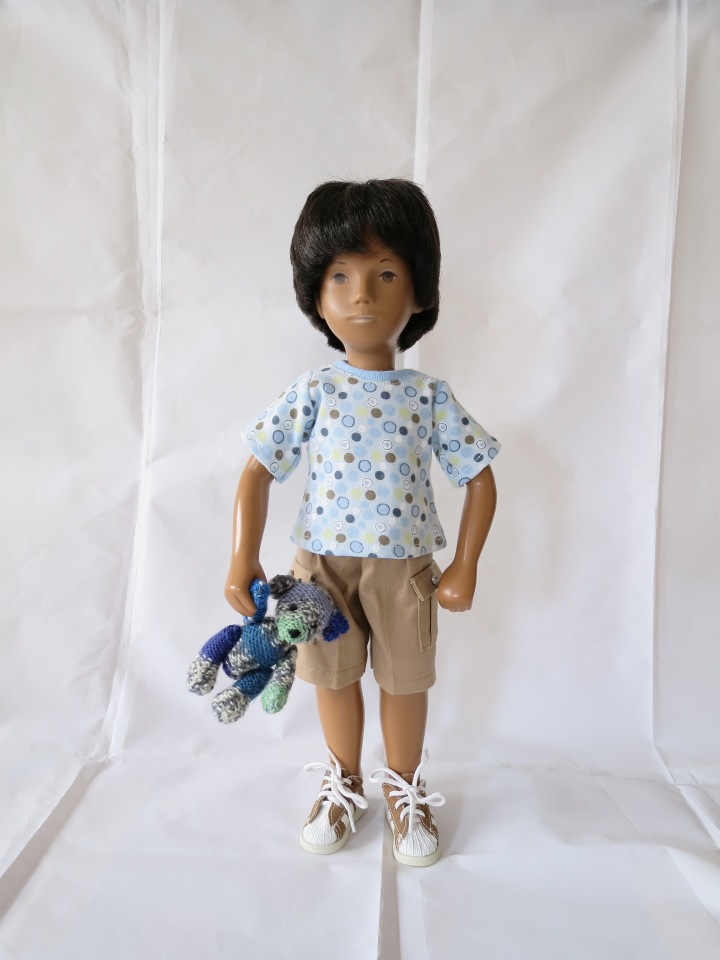 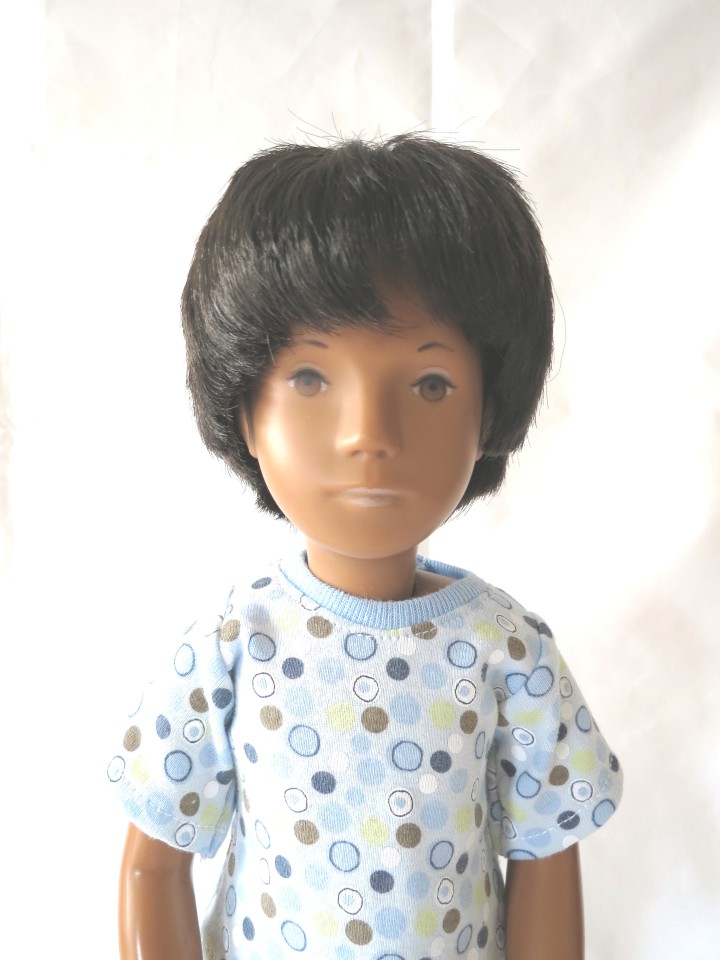 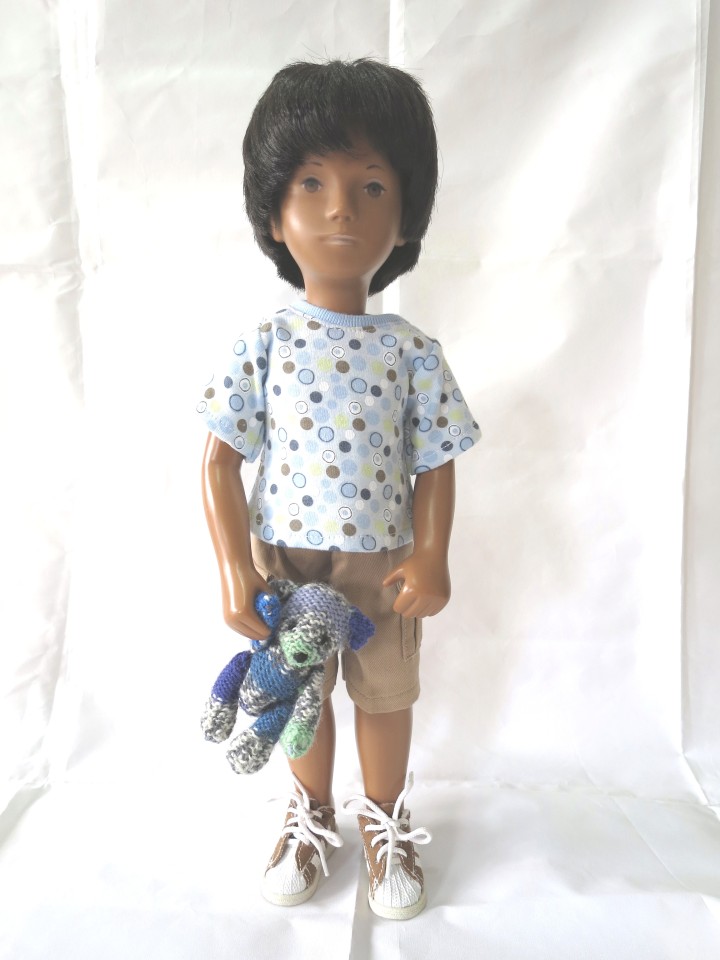 Next up is Ivan who was born in 1972 and is an early Caleb with golden eyes and all white strings. Ivan’s outfit and shoes are by the late great Jean Jenson. 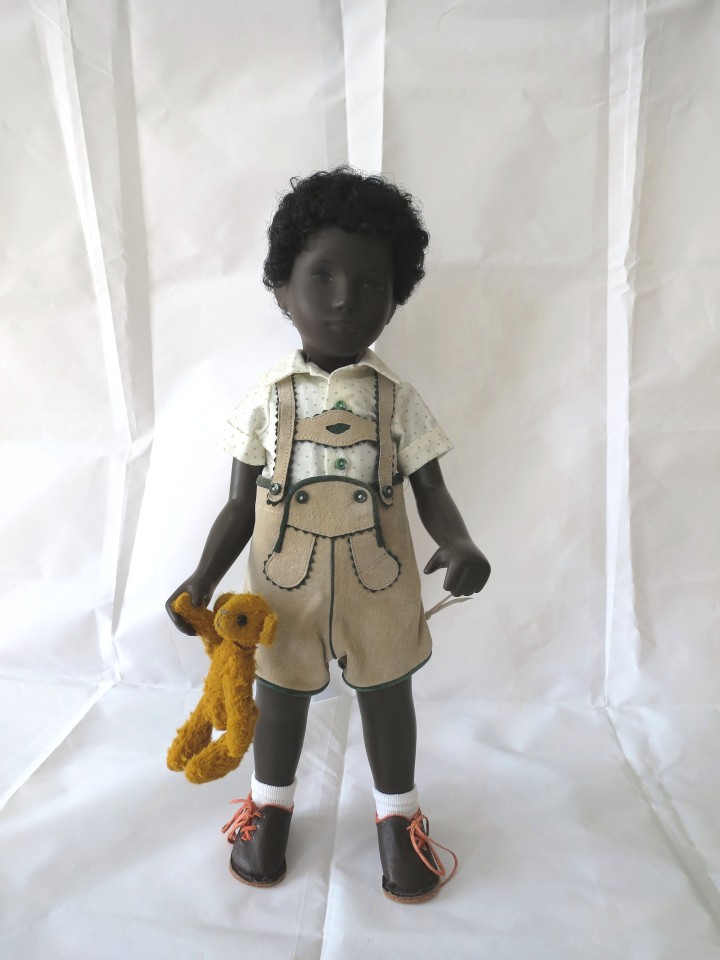 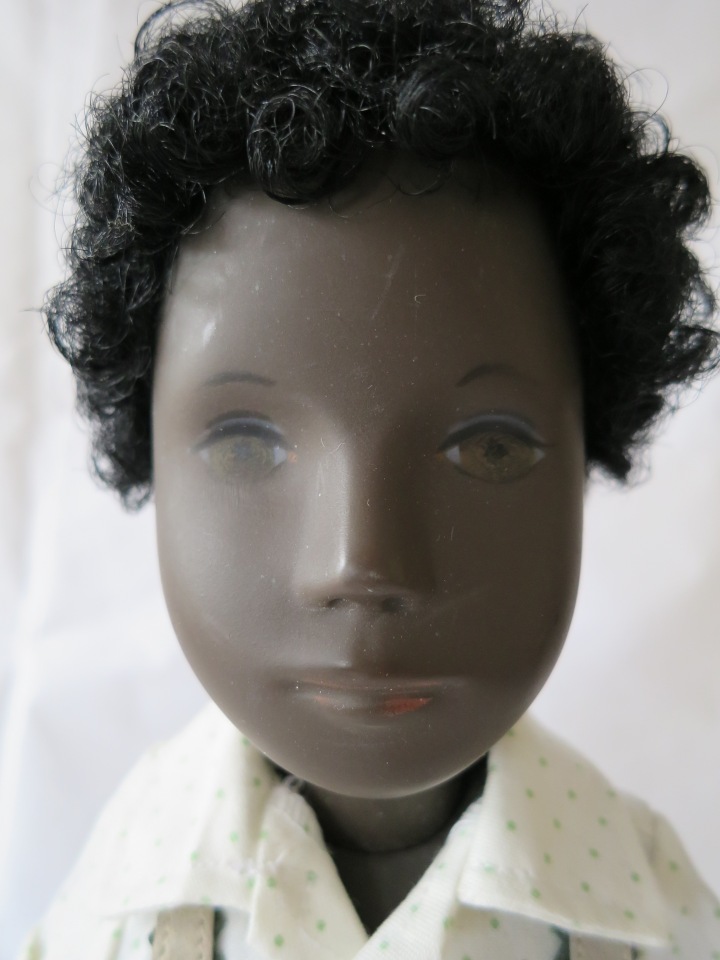 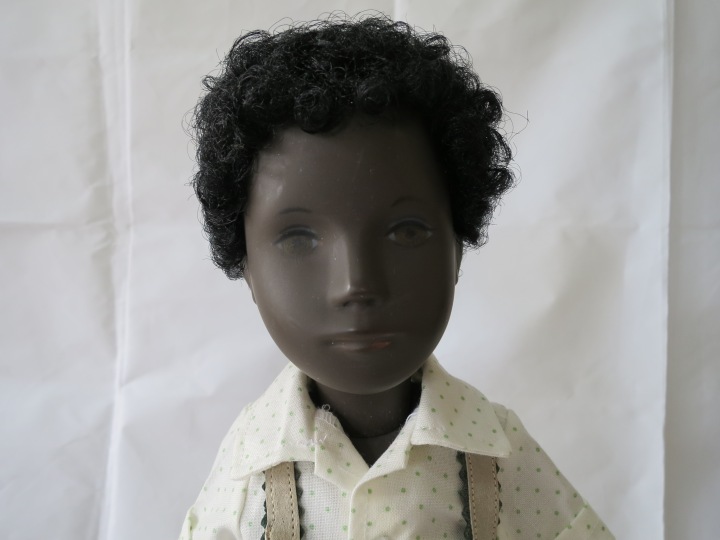 Next up is Ivan’s brother Caleb another early 1972 Caleb with all white stringing, but his eyes are not golden yet, but very beautiful. Caleb is wearing a JJ lederhosen and boots by Sasha doll. 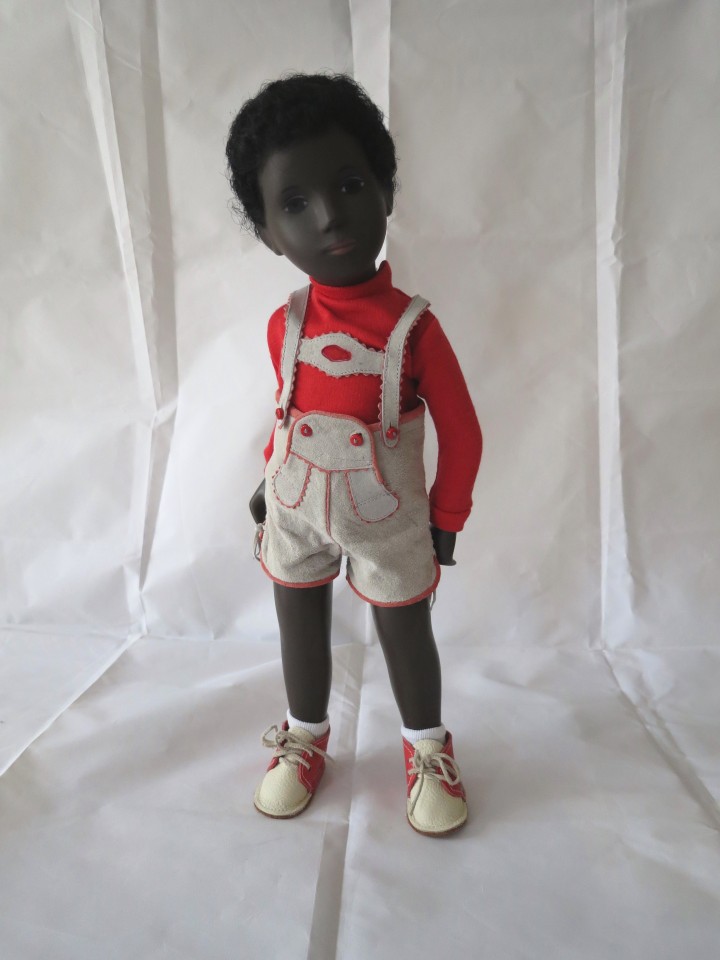 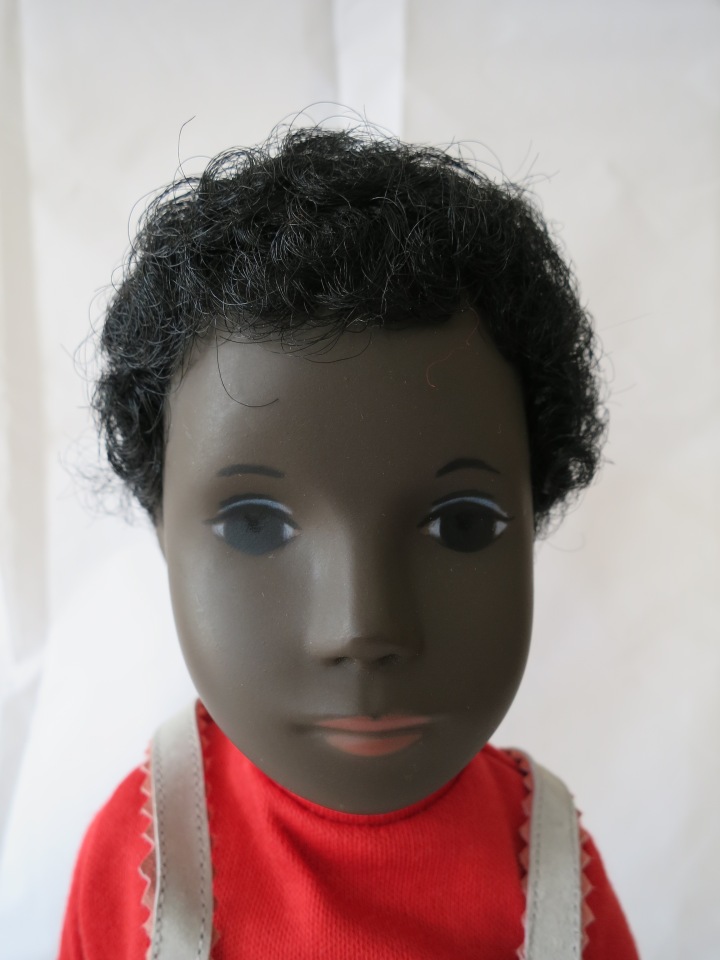 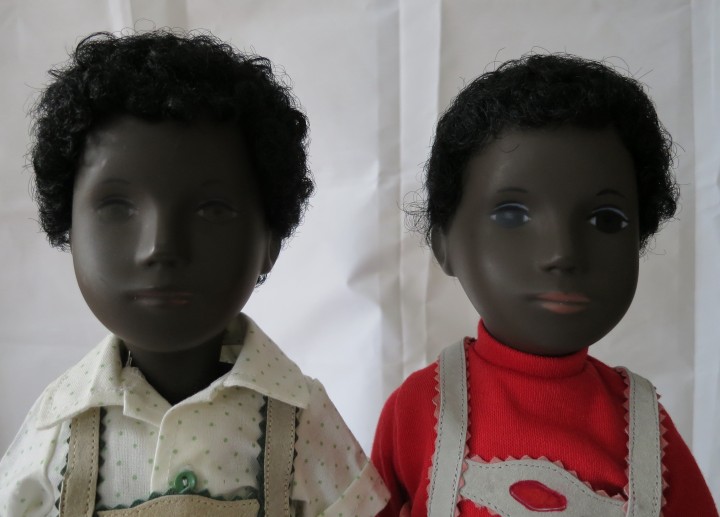 Next up is Niall who is a 1973 waif, with badly falling hair who will be sympathetically re-rooted in due course, until then he insists on wearing a hat. Niall is wearing a shirt by vintage Sasha, shorts by unknown maker and commercial shoes. 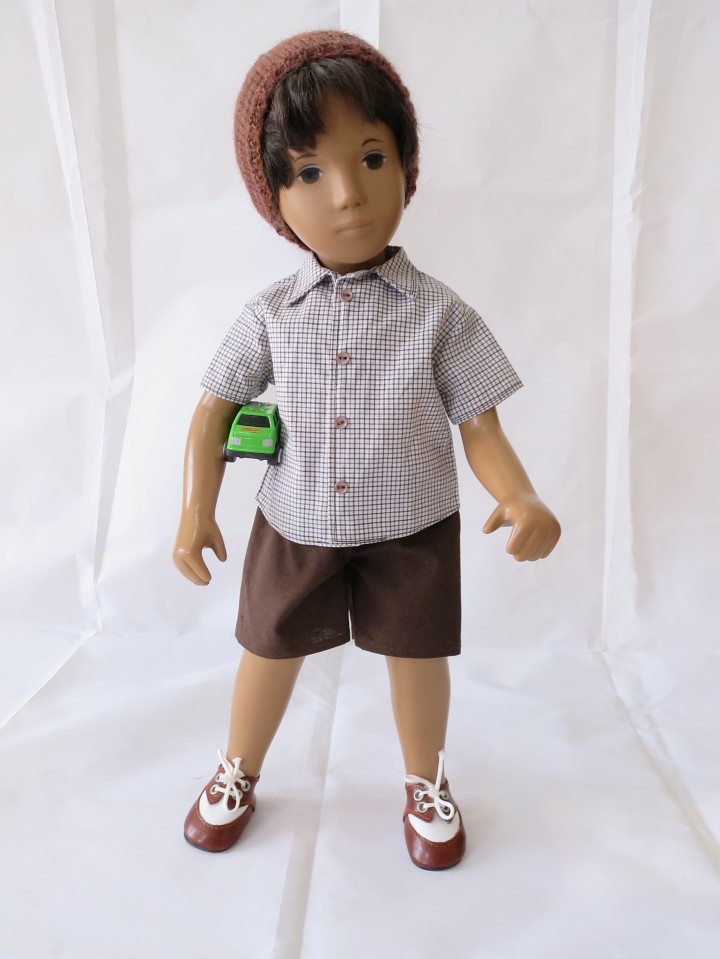 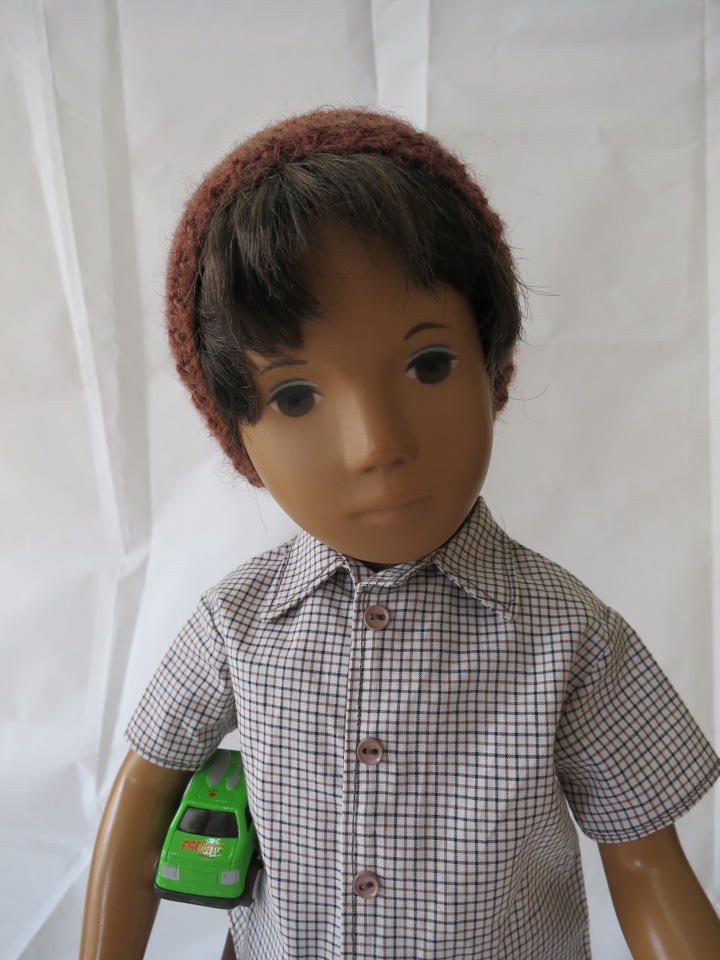 Next up is Michael who is a 1976 blue suit boy, Michael is wearing a Papa Smurf t-shirt made by me, shorts made by Lorraine and commercially made trainers. 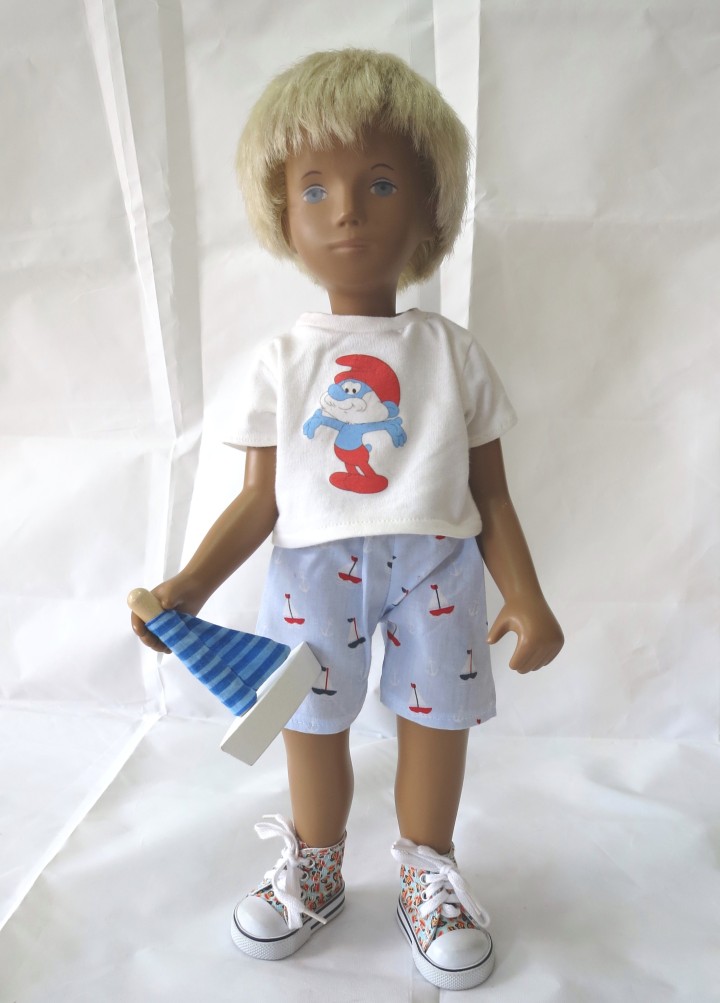 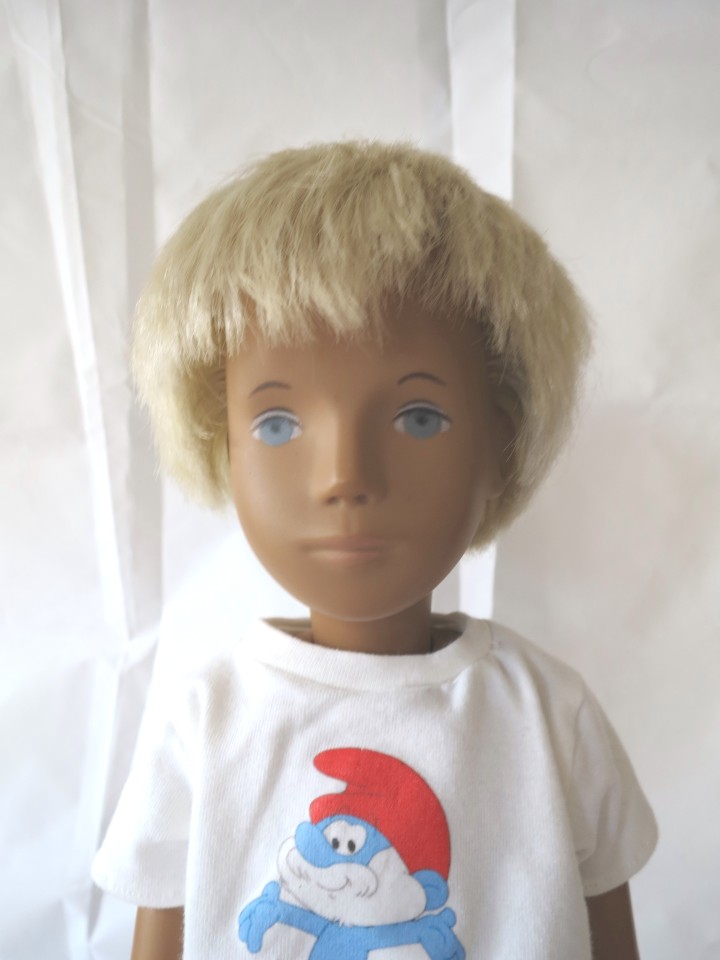 Next up is a Trendon lad that has been re-painted in The Gotz way be Wendy. He is wearing a traditional Gotz outfit. 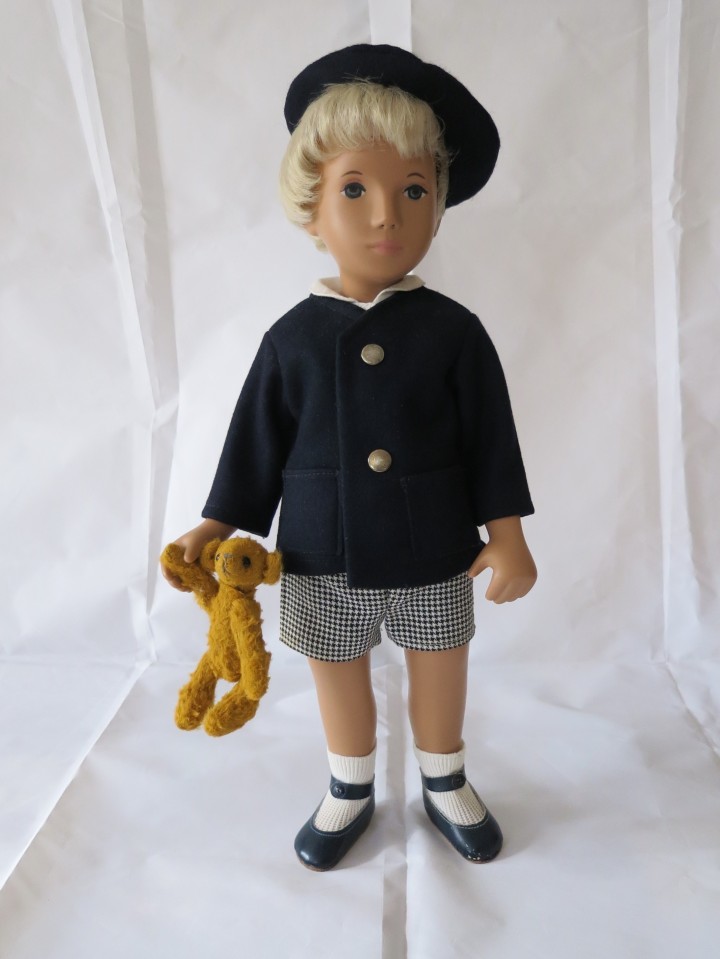 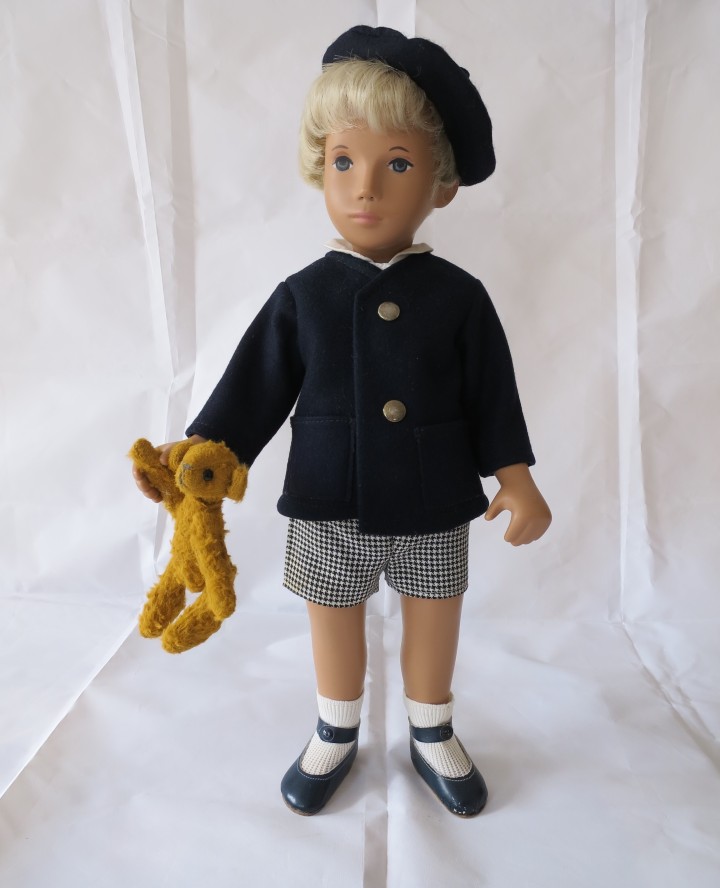 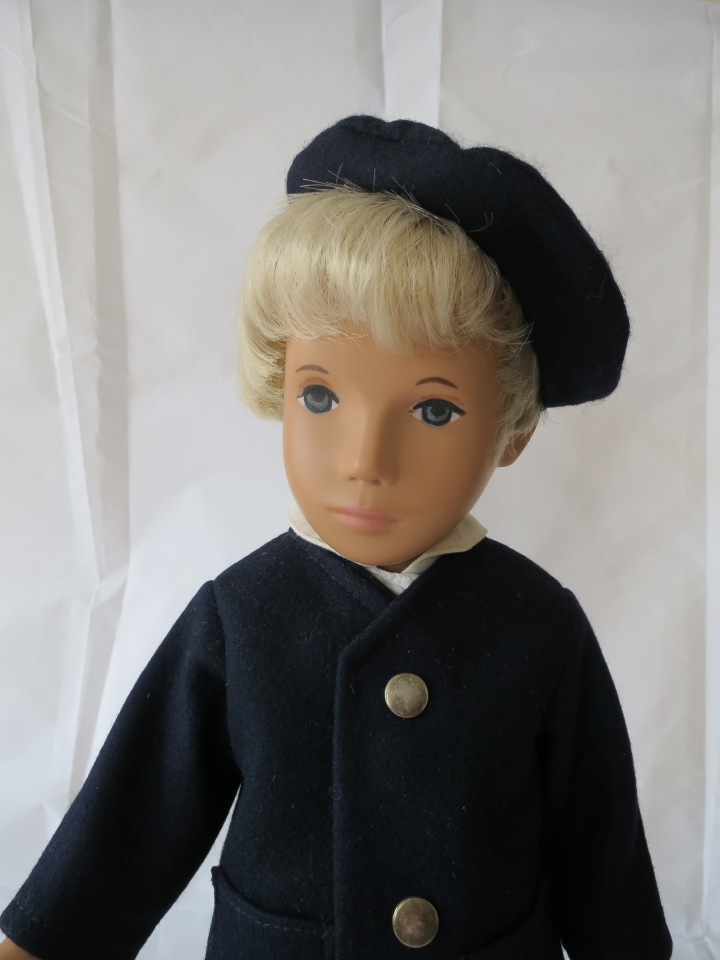 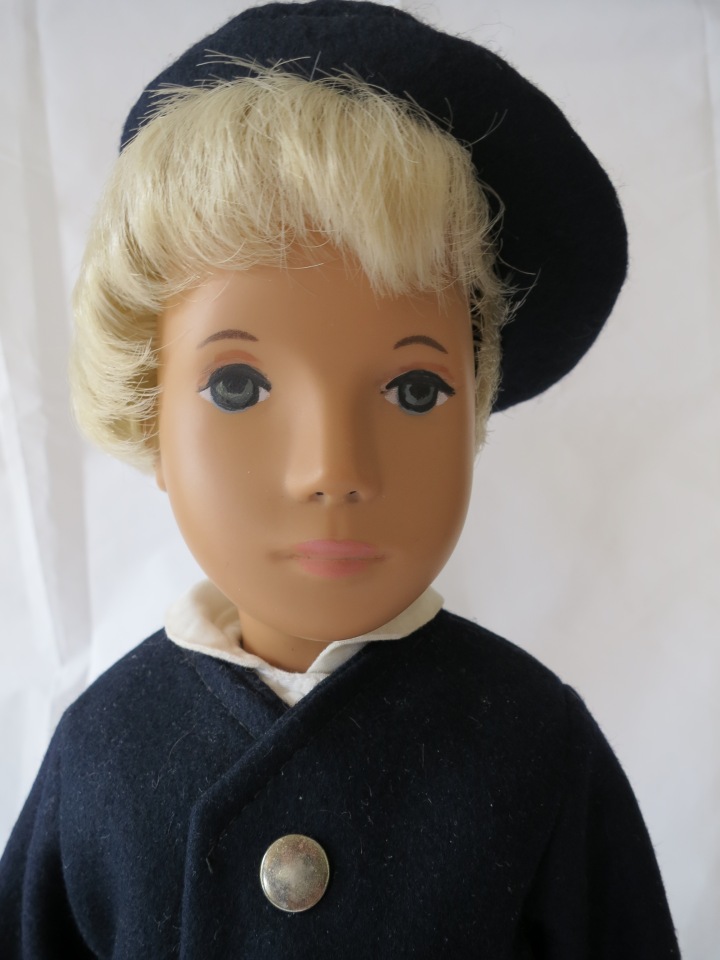 Now for my little Prince Trendon, I love this little guy, he has the most beautiful eyes and at number 19 he was one of the first to be produced.He is wearing a t-shirt made by me, commercially made trousers and trainers. He is a limited addition Trendon boy and the only one boy doll type to be made with eye lashes. 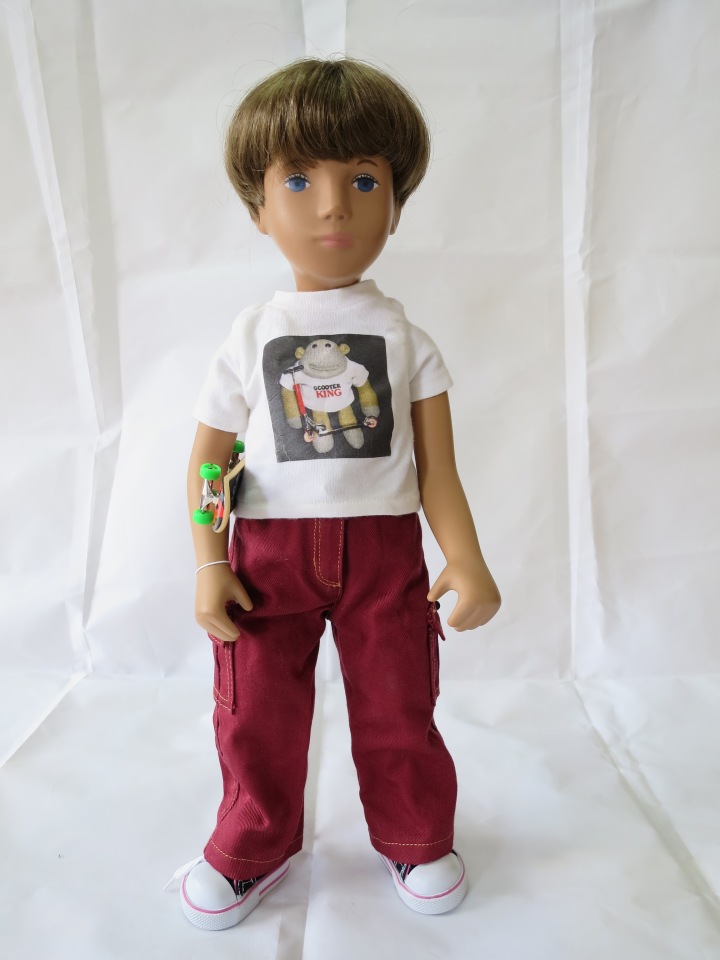 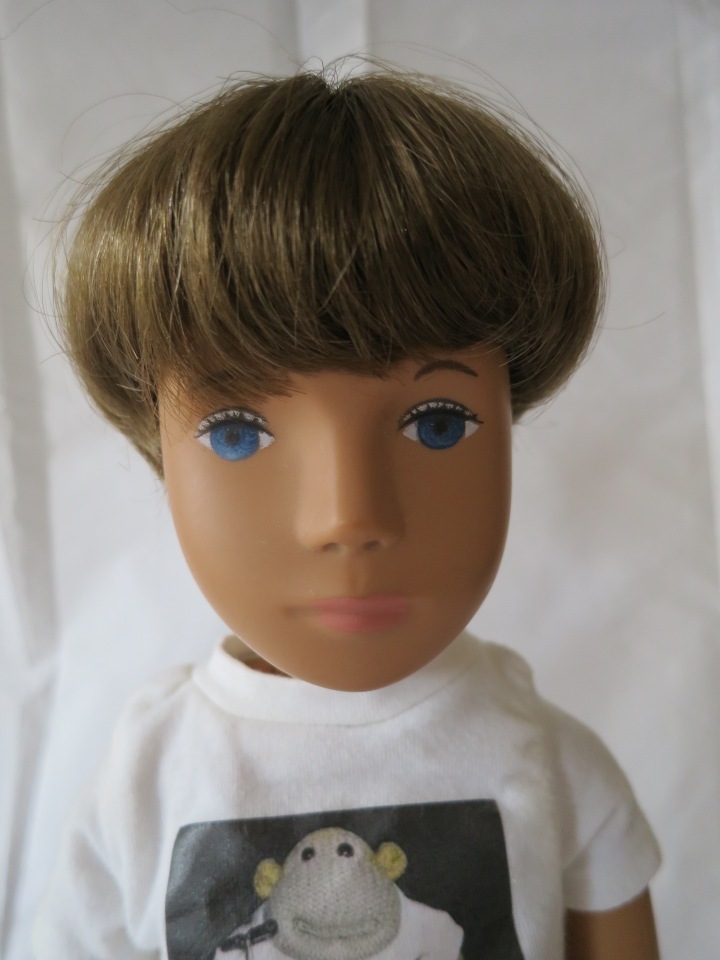 Now this young man should not be appearing in the Trendon section, but he says all though he loves the attention from his sisters he would like to be on this post with the boys as well. So here is Frechdachs an early Gotz boy, wearing an outfit by Mart Murphy and commercially made trainers. 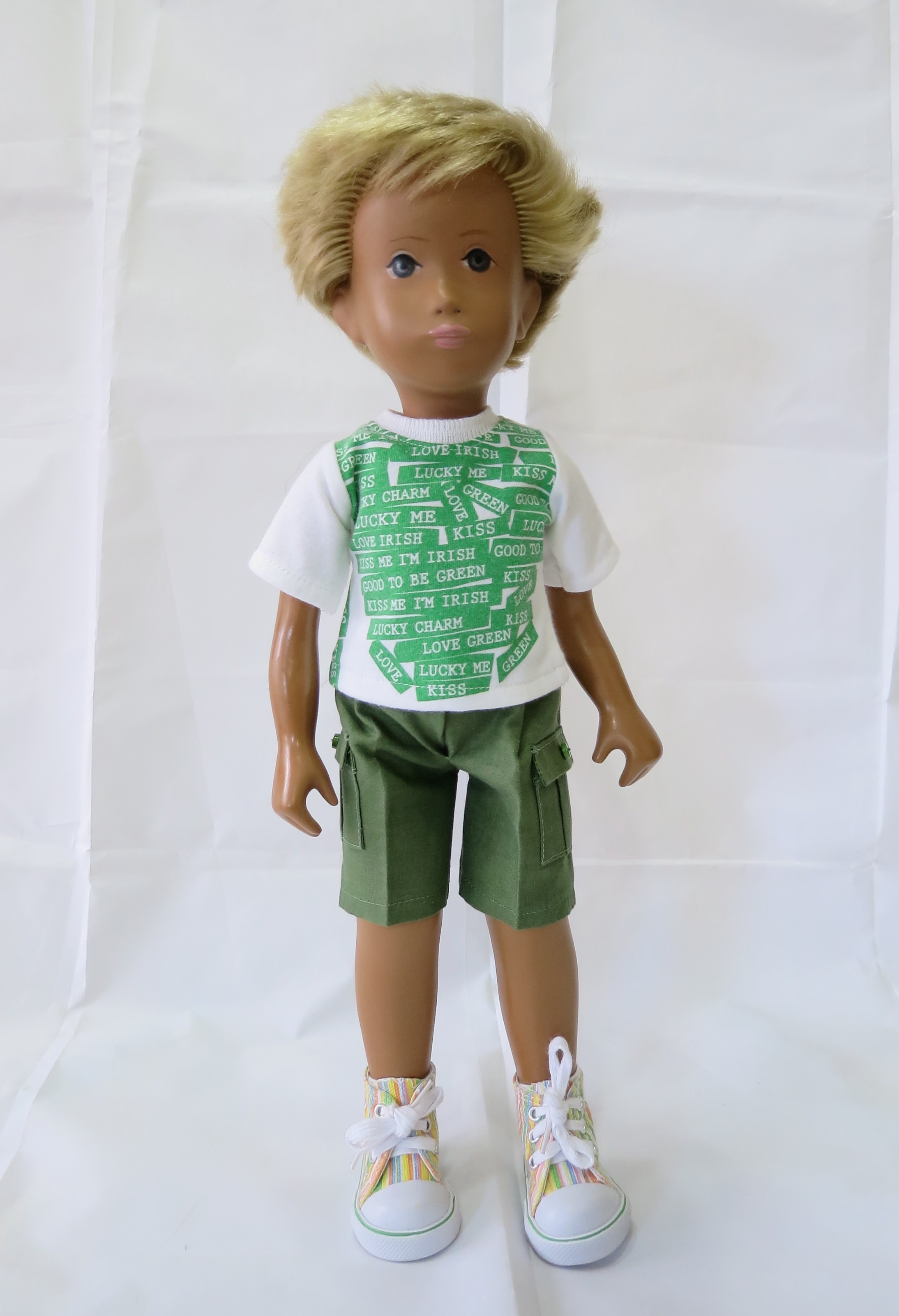 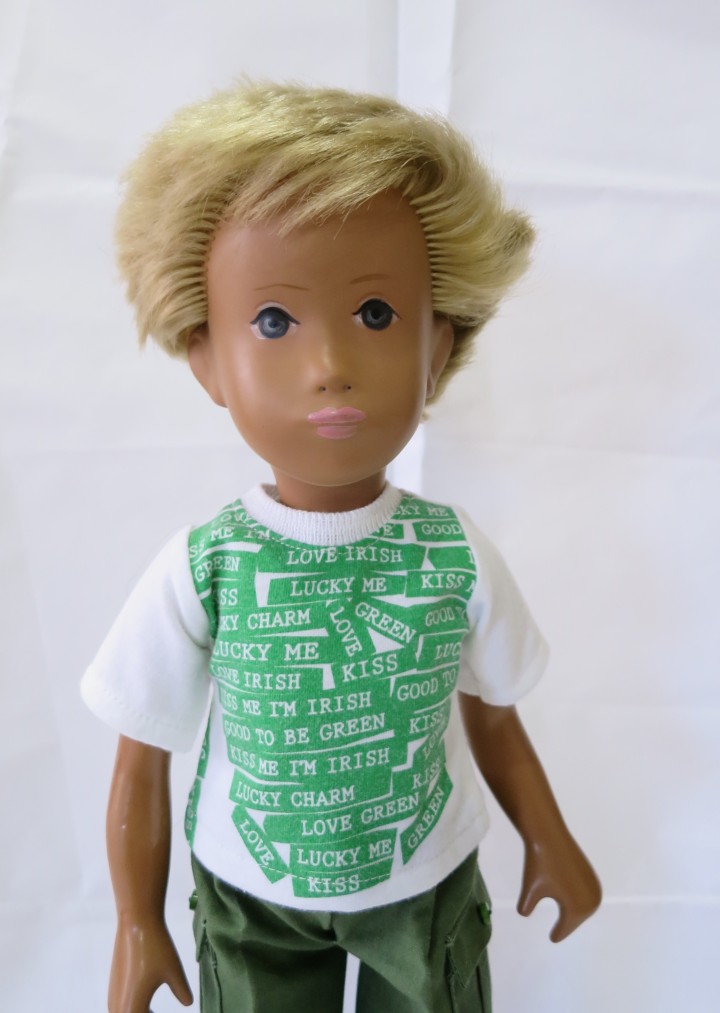 And yet another little troublesome fellow insisting in joining the boys. Oh well it is Tod and he is wearing an outfit by Dolly Doodles and commercially made shoes. 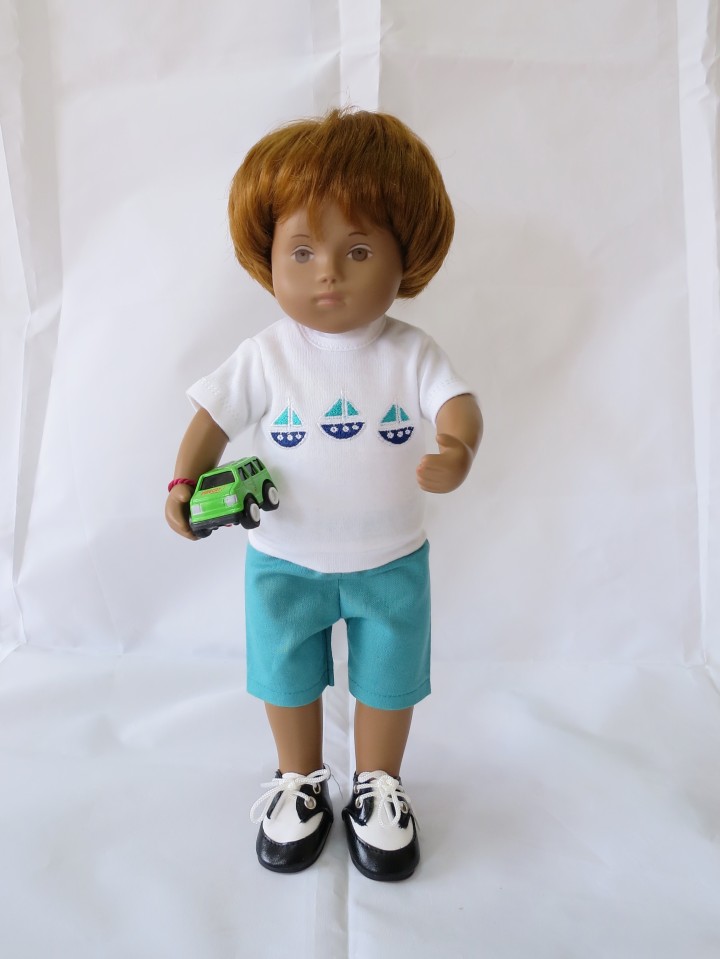 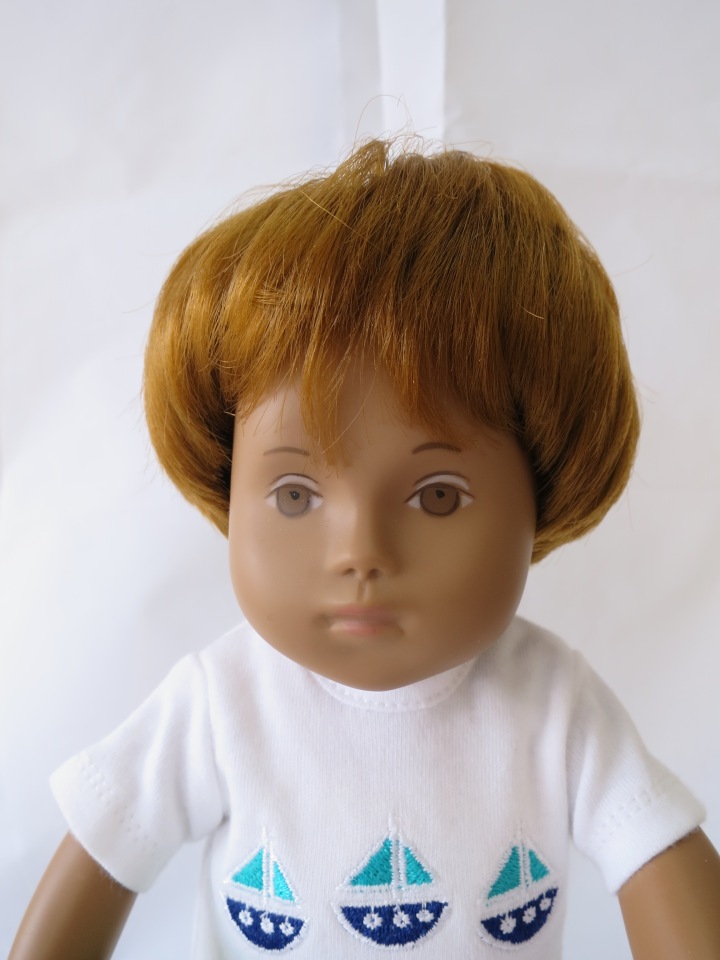 The group photo is in 2 parts this time. 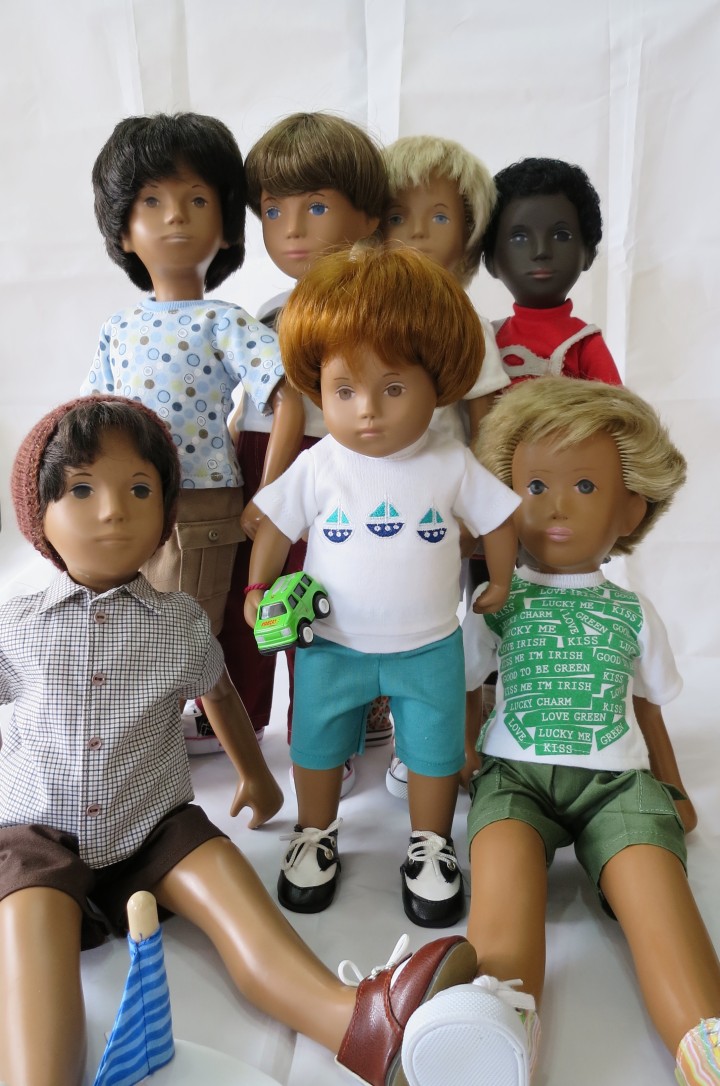 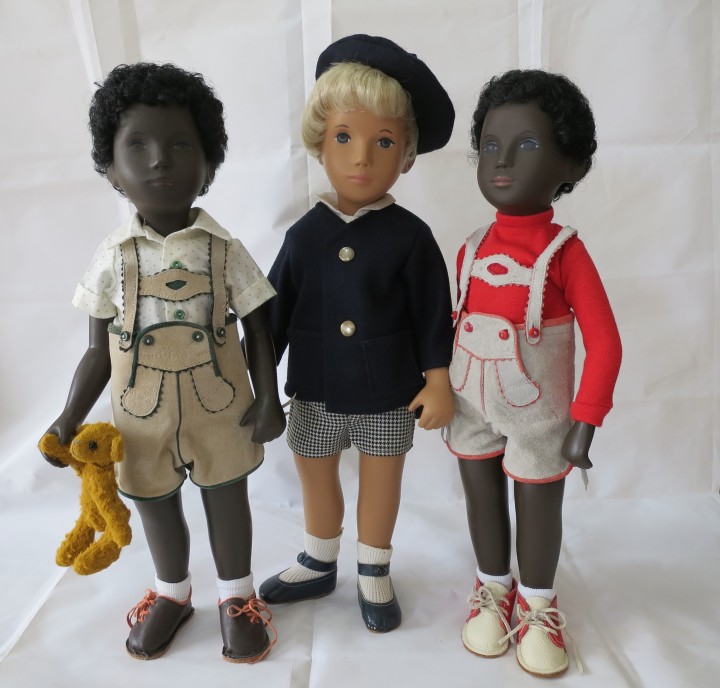 Well that’s the boys taken care of. My next post will be the early Gotz. Thanks for looking