Hi Everyone here is the fifth profile in the from Childhood to Sasha series.
So without further ado i give you the wonderful Ted Menten.

(Above a photo of Ted Menten)

Someone once said that if you are going to tell a story it is best to start at the beginning.
I was born in 1932 and grew up in the Greenwich Village section of New York City. I lived with my parents and my grandmother, Nana Laura. My parents were both stunt pilots in a flying circus and my mother was a wing-walker.My father collected scale model railroad trains, mother collected miniature porcelain cats, and Nana Laura collected Steiff teddy bears and Madame Alexander dolls. I collected comic books.

Every Saturday my grandmother and I would board the Fifth Avenue double-decker bus and travel uptown to 59th street and the fabulous FAO Schwarz toy store. My grandmother was a popular customer and the salesgirls catered to her every whim. She had an adoption “process” that consisted of lining up the same bear or doll and staring intently into their slightly different faces until one “spoke” to her. Then, with an air of triumph, she would announce, “This is the one!” Then the doll or bear joined us for tea and pastries at the Palm Court in the Plaza Hotel across the street from FAO Schwarz. Years later I often loaned her Alexander doll collection to Schwarz to display when Madame Alexander made an appearance.
That is the beginning of the story.

In the late 1960s I was a successful industrial designer with a thriving business and many interesting clients. Every night, after a long day of presentations, I would walk home and every night I would pass a small toy store with a bright green front. It was called “DollsanDreams” and was owned by a married couple from Switzerland named Yvonne and Bruno.
One night I noticed that the window display featured a group of dolls playing together and I was intrigued by their realistic poses. They seemed like real children at play. For the next few nights I would stop and study them because they were so different from the dolls my grandmother collected. These were children in simple outfits playing together. Not at all like the Alexander dolls in their fabulous gowns. On the following Saturday I went to the shop and asked Yvonne about the dolls in the window. Hours later, I left with a brunette Gregor who looked like my son, Adam. My Saturday visits became more and more frequent and the first Gregor was soon joined by several brothers and sisters. I met Yvonne’s young children and enjoyed watching the local children discover the Sasha dolls.

(Above one of Ted’s original Sasha Dolls)

And, I followed in my Nana Laura’s footsteps and often lined up several Sasha dolls and peered into their faces until one spoke to me. Back then their faces were hand-painted and quite varied.
I created various window displays for the shop featuring Sasha dolls. I even built a giant tree house for them. 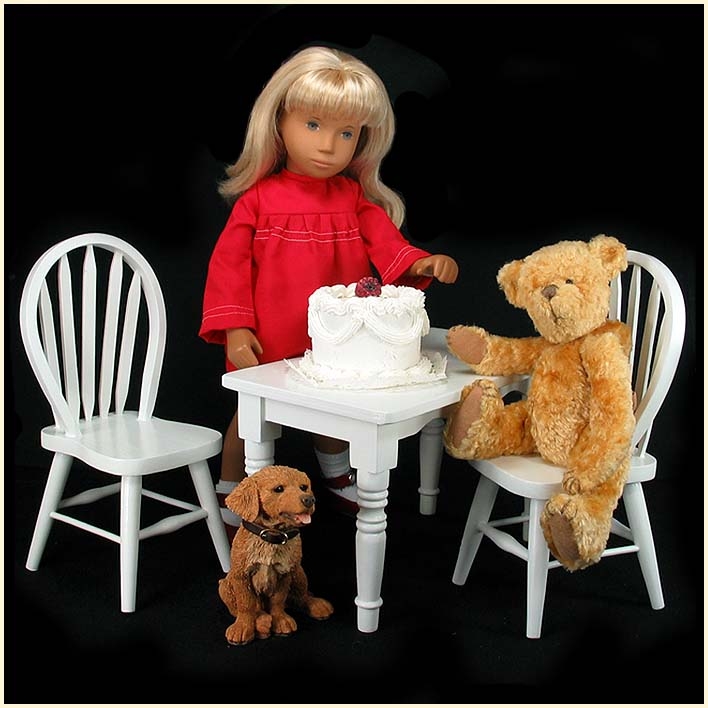 (Above are two photos, the first one shows Sasha having a party and the second is aptly named the triplets)

Eventually I photographed the shop’s toys, including Sasha, for their catalog. My six year old red haired daughter, Alexandra, did her first modeling job for the catalog — posing with a redhead Sasha doll.

Eventually, I got to go down into the shop basement where dozens of Trendon tubes lined the shelves and where I carefully selected more and more Sashas to come and live with my already overflowing family of Sashas.
Eventually I became a feature writer for DOLLS magazine and did a picture story about Sasha. I even had a little gallery show of my black and white photographs of my Sashas. 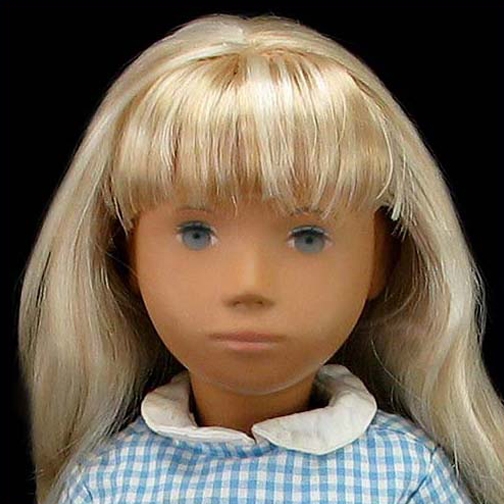 Over the years Sashas have never lost their charm — even when their face paint oxidizes and their hair falls out. They are unique among dolls and a real work of art. 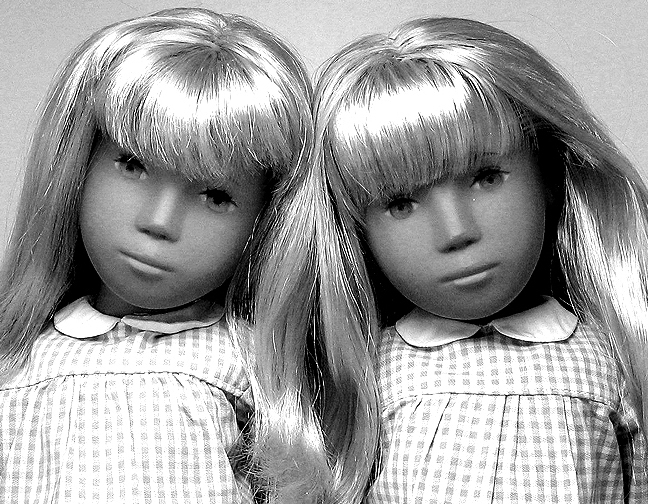 By the mid 1970s I had also become a doll and toy designer as well as a book and magazine writer. In the 1980s I turned to the world of Teddy Bears and taught bear making around the world. It was always a joy to come home to my familiar family of Sasha dolls.

They say that first love is the sweetest. And that is true of my love for Sasha.

(I would like to thank Ted for telling us his story. It is also nice to have a man’s point of view on Sasha dolls too.
If you ever get the chance to make one of Ted’s Snappy Critters, i highly recommend it, they are great fun.)