It was that time of year again, when Dee Owen holds a one day Sasha Event called the Chat n Snap. Its a wonderful chance for Sasha doll lovers old an new to hang out and grab a few goodies. This year was the 7th and the best one for me so far ,in  that many friends I had not seen for quite awhile were able to attend.

This years theme was the Pie Rats of the Carrot Bean. It was a spectacular display to say the least. So without further ado here are the photos.

First up the Sales tables: 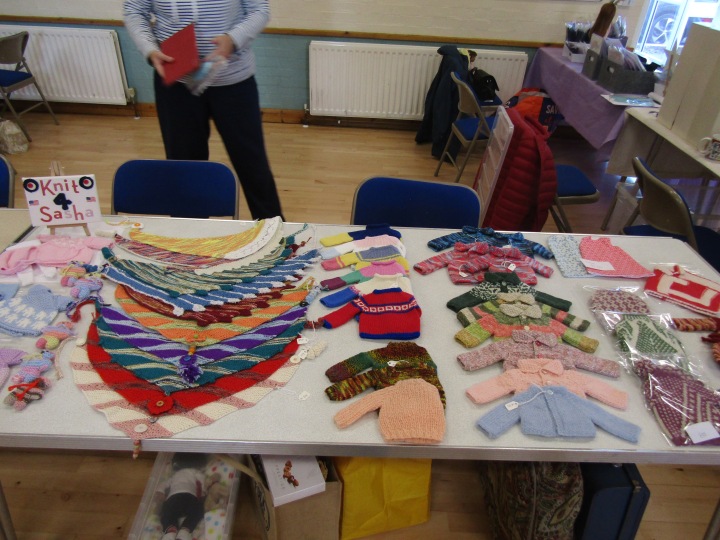 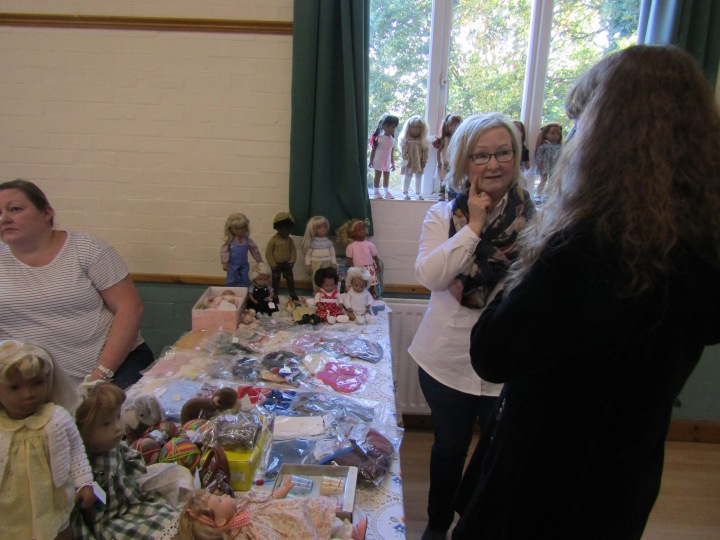 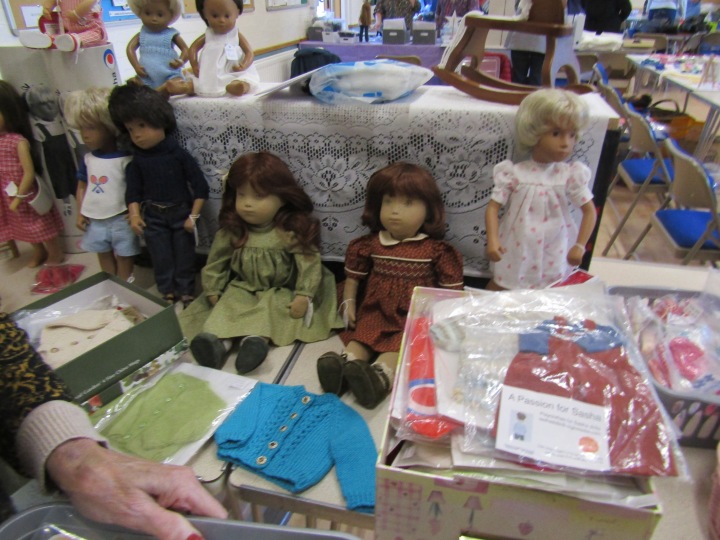 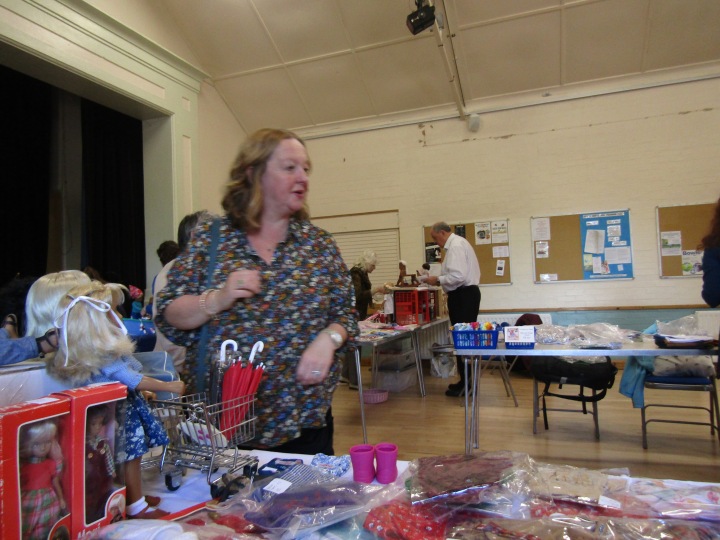 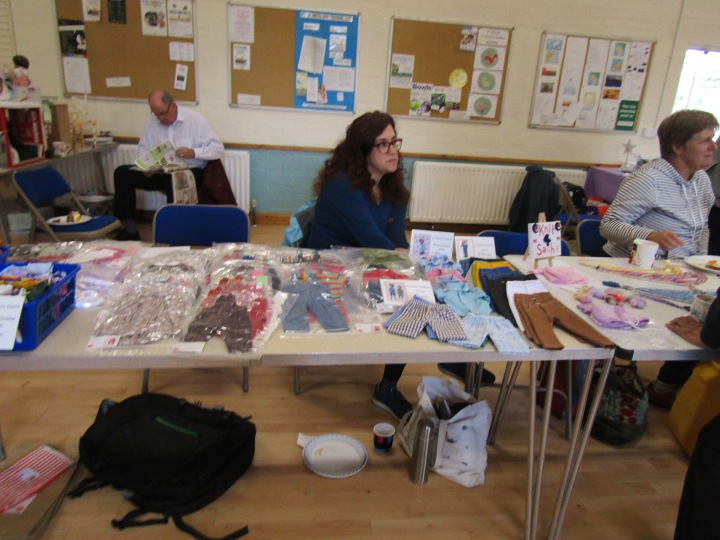 Well that was thirsty work so off for a well earned cuppa, now, then the two ladies in the next photo are a marvel, in particular Dee’s daughter, who did amazing job in the kitchen and the raffle.

Whilst having my cuppa I took the opportunity to do a bit of chattine. I can’t tell you how thrilled I was to see so many friends, but the lady in the next photo, our, Brenda Walton is such a wonderful person and a lovely freind. 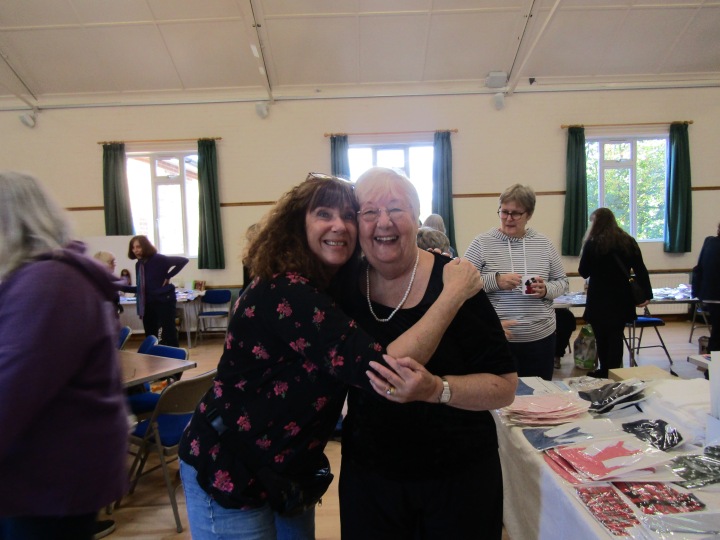 A couple of more out takes here. 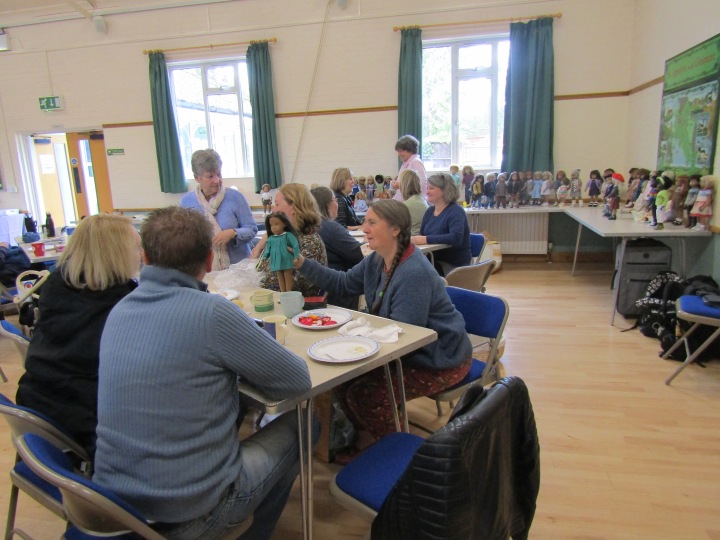 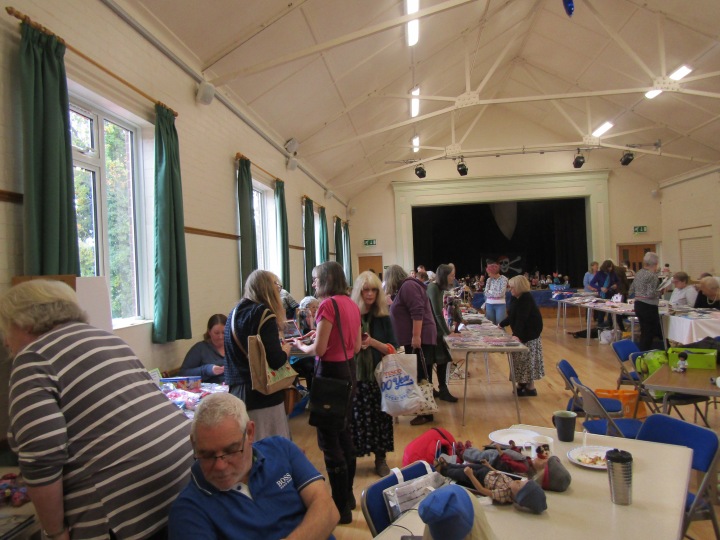 Lets take a look at that wonderful display. 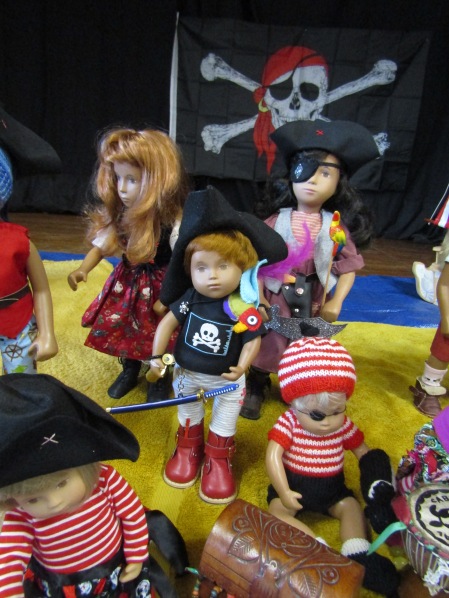 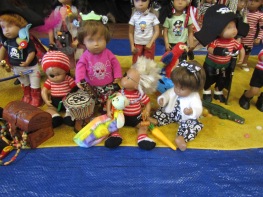 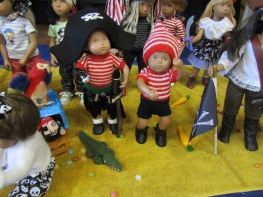 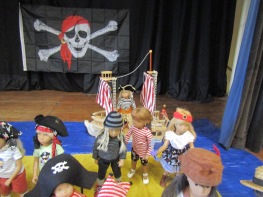 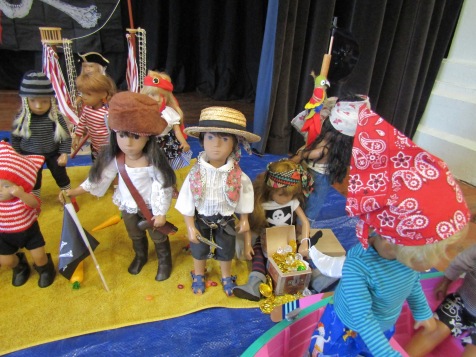 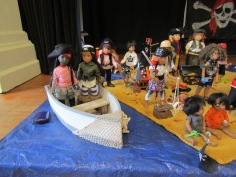 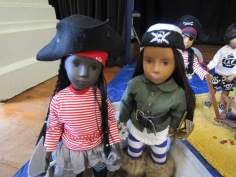 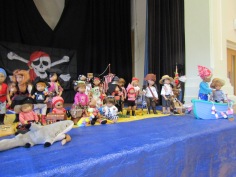 Here is the Raffle table 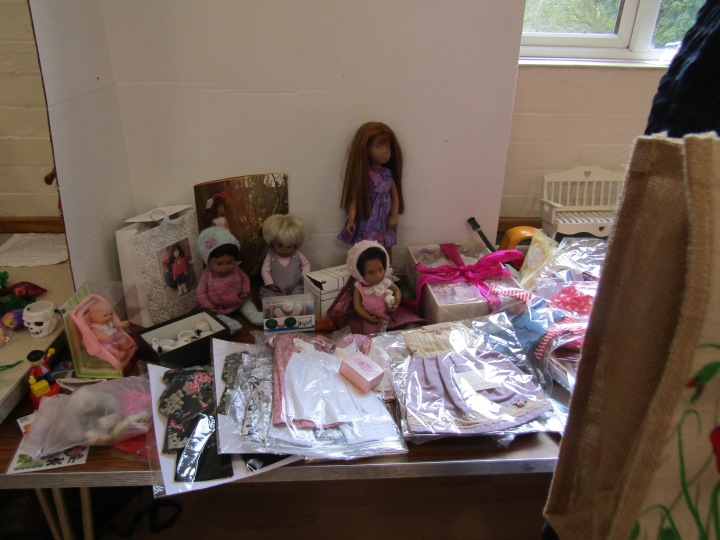 Below Dee’s Daughter folding all those raffle tickets.

The raffle was a resounding success and raised over a £1000

I love this NP belonging to Linda

Not sure who the three above belong to.

No mistaking that knitting these two lovelies belong to Linda 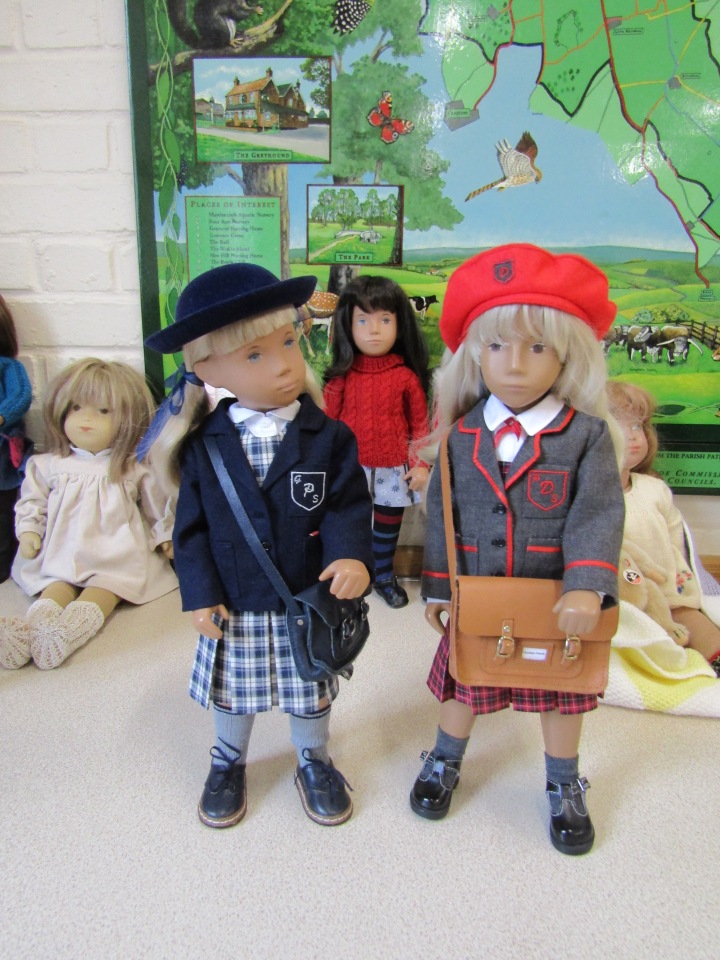 These are Catherine’s lovely girls. 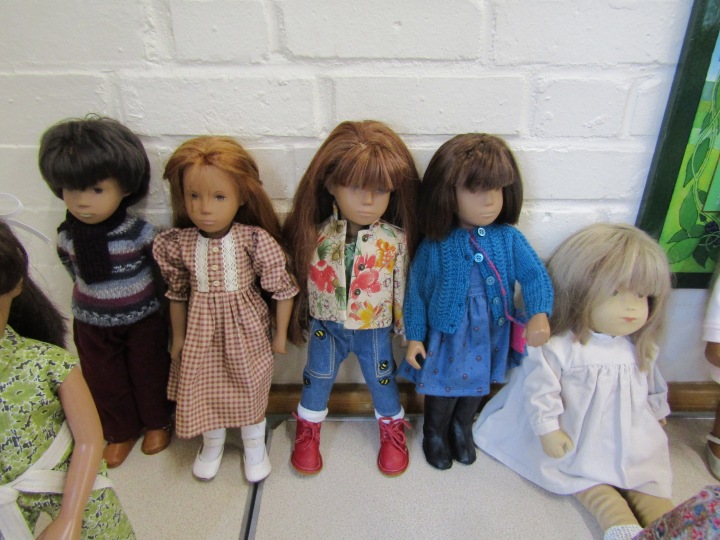 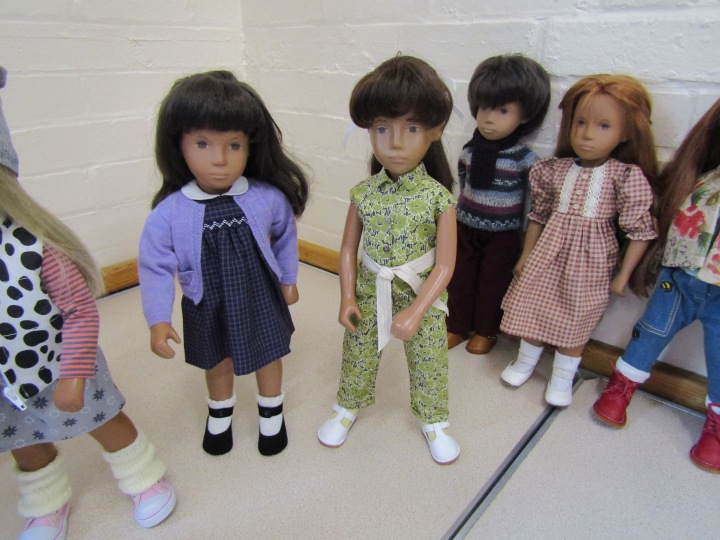 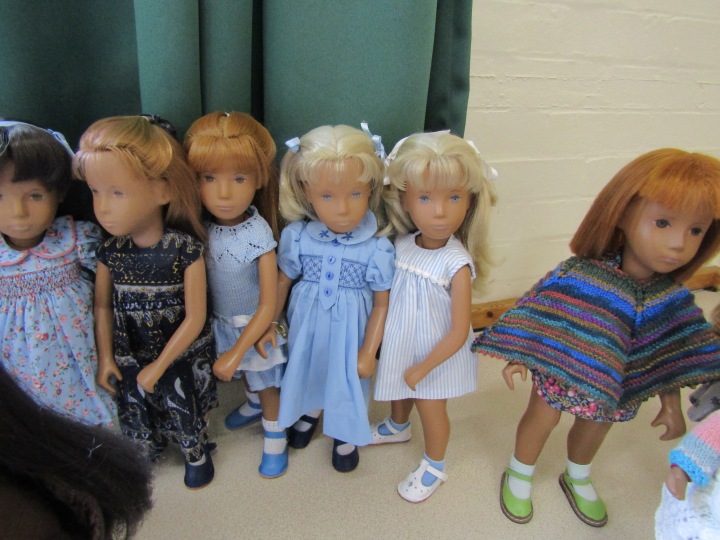 These 4 are mine starting from the left a crude eyed girl, a blonde Gregor with eye lashes,a shorts boy and Ida my NP. 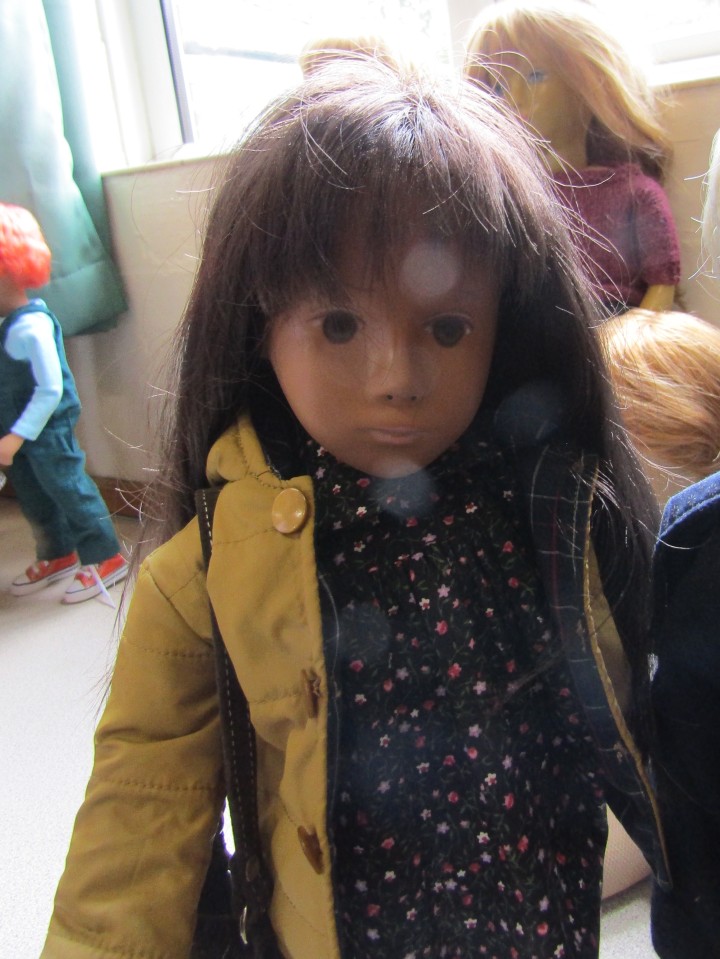 A close up of my crude eyed girl.

Diane Duke brought along a few of her other collectables, which included 2 cloned Mexican Sasha dolls, some Glunk dolls and some dolls from the Frido factory, which was the former name of the Trendon factory, along with some books elating to Sasha Morgenthaler. 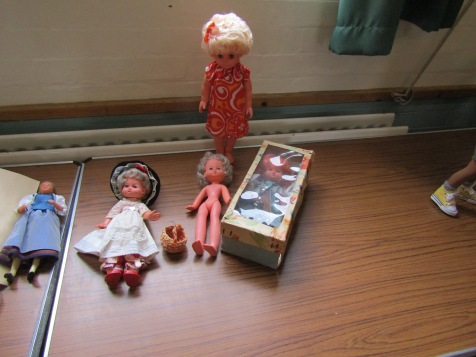 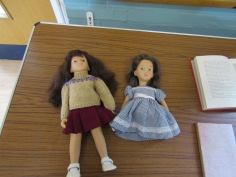 Thats all folks, apart from to say a huge thank you to Dee and all her helpers, I personally am really looking forward to next year, where it will be the 1940’s and evacuation time for the children.